This Black Heritage Month, we recognize African-Americans who have been and still are trailblazers in our society and inspirations for all of us to be better versions of ourselves.

Though many of these stories are accompanied by fights against adversity and prejudice, they are also, undoubtedly, stories of strength, resilience, and integrity.

This year’s theme for Black Heritage Month is “Unapologetic.” In order for all of the African-Americans we will recognize this month and beyond to make their mark, they needed to be unapologetic for their skin tone, gender, sexuality, and defense of justice. Our theme aims to emphasize how self-definition and integrity are the first steps in setting an example for others and making an impact.

The following programs and events were made possible through collaboration between academic departments, student organizations, and administrative offices. As we start the 2020 academic semester, we hope it is one of strength in community, reflection, and celebration.
Fah Fair ‘22

Interactive Museum of the History of Black Heritage Month

Monday, February 3 | 12-1 pm  | Atrium, Farinon College Center
In celebration of Black Heritage Month, join us for an interactive museum where Lafayette students will acknowledge black historical figures by honoring their history and story. A small group of students will dress up with the appropriate outfit of a black historical figure and impersonate the individual by sharing who they are and their story. They will be in various parts of the atrium in Farinon College Center.

Zaheer Ali, an Oral Historian at Brooklyn Historical Society.
Thursday, Feb 6 | 7 pm | Oechsle Hall 224 Auditorium
If American national identity can be signified by apple pie, then African American Muslim identity can be signified by navy bean pie. Developed in the early 20th century by members of the Nation of Islam (NOI), the bean pie has achieved iconic status in Black urban communities as a tasty dessert associated closely with African American Muslims (in and out of the NOI) who produce and distribute it. As a signature dish, the pie is much more than an edible treat—baked into the pie are communities’ spiritual commitments, political ideologies, cultural discourses, and economic programs. Drawing on oral histories and archival sources, this presentation will examine what the navy bean pie and food practices of African American Muslims can tell us about their faith, politics, and culture.

Sunday, February 9 | 5 pm | Atrium, Farinon College Center
Three Kings Day, also known as the Epiphany, is a holiday that carries as much importance as Christmas in the Dominican Republic. Biblically, Three Kings Day commemorates the day that the three wise men, Melchior, Caspar, and Balthazar, visited baby Jesus after traveling across the desert for twelve days bringing him prophetic gifts. These gifts were very important because they foretold the fate of baby Jesus’s life, therefore the journey and arrival of the three wise men are celebrated with as much importance as Christmas. It is a time spent with family and friends. Join us as we will have live music and dance for everyone!

Who is Dr. Yusef Salaam?

Wednesday, February 12 | 12 pm | 102A Pardee Hall (Lunch provided)
On April 19, 1989, a young woman in the prime of her life was brutally raped and left for dead in New York City’s Central Park. Five boys—four black and one Latino—were tried and convicted of the crime in a frenzied case that rocked the city. They became known collectively as “The Central Park Five.” One of those boys, Yusef Salaam, was just 15 years old when his life was upended and changed forever. Join Reanna West ‘22 for a presentation on our upcoming Black Heritage Month Keynote speaker. 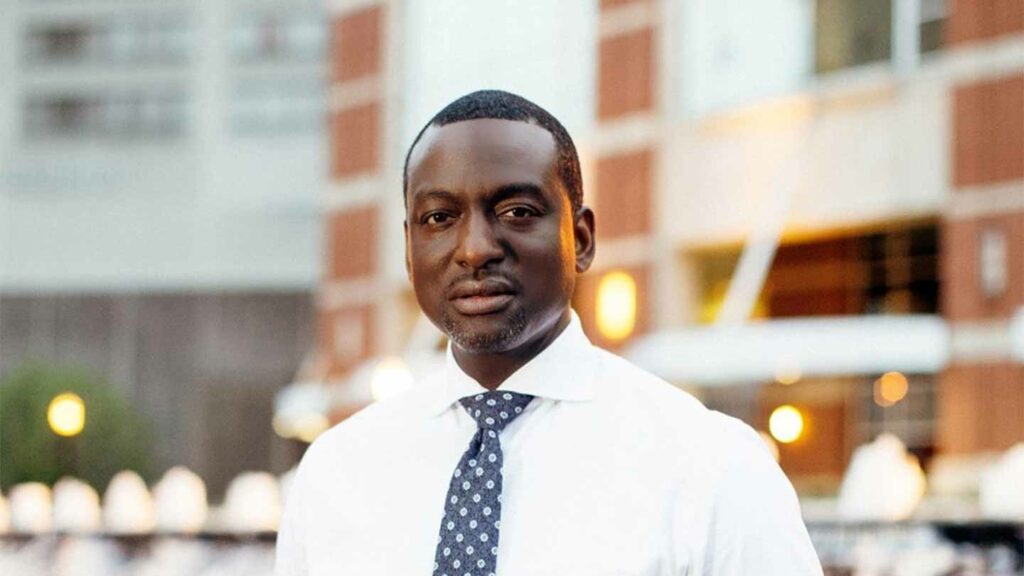 Sunday, February 16 | 7:30 pm (Doors open at 7:00 pm) | Colton Chapel
Seats are limited, please register to the following link: bit.ly/LAFregister
As a teenager in 1989, he was wrongfully convicted in the notorious “Central Park Five” case and served more than five years in prison for a crime he did not commit. father, poet, activist, and inspirational speaker. He has committed himself to advocate and educate people on the issues of mass incarceration, police brutality and misconduct, false confessions, press ethics and bias, race and law, and the disparities in America’s criminal justice system, especially for young men of color. Determined to educate the public, Yusef eagerly shares his story with others. In speaking out against injustice, he conveys the importance of continuing one’s education—whether formal or otherwise.
Learn more.

Tuesday, February 18 | 7:00 pm  | Interfaith Chapel
Join us for a Black Heritage Month discussion on blackness, masculinity, and the trans identity.

Friday, February 21  | 7:00-9:00 pm  | Atrium, Farinon College Center
In collaboration with LAF, join us for a night where we will come together to play and compete in a dominoes, spades and trivia game night with the spirit of Afro Caribbean tradition. In the style we are playing will incorporate domino tables, an area for spades, and trivia with some Carribean snacks to enjoy the night! You won’t want to miss this!

Saturday, February 22 | 10:00pm-1:00am | Pfenning
To highlight our acknowledgment of Black Heritage Month, join us for a night of music filled with defiant and unapologetic energy. Theme to be announced soon.